About the Author: Muhammad Imtiaz 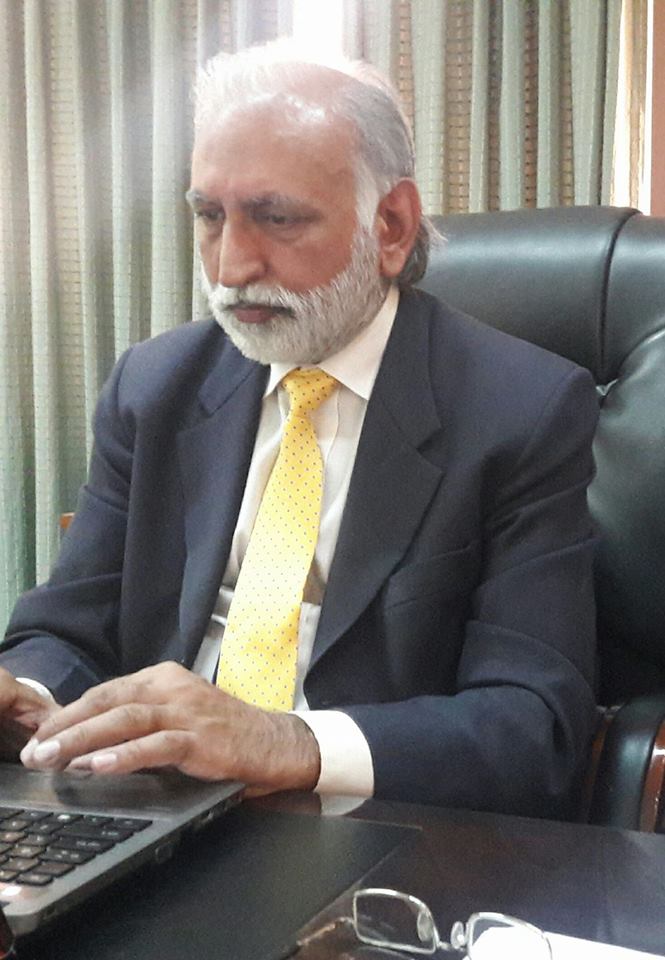 THE PUNJAB VILLAGE PANCHAYATS AND NEIGHBOURHOOD COUNCILS ACT, 2019 IN URDU

THE KHYBER PAKHTUNKHWA DISTRICT GOVERNMENT RULES OF BUSINESS, 2015 — These rules shall come into force at once. Business means the work done by the district government; pursuance to the Act. Case means a particular matter under consideration and includes all papers pertaining to it and necessary for its disposal, such as correspondence and notes and any previous papers connected with the subject. The district administration shall comprise of the district offices, including their sub-offices, devolved to district government under the Act, headed by officers designated as district officers and coordinated by the Deputy Commissioner. The Executive Authority of the district government shall vest in Nazim and he shall exercise his powers and perform functions as provided in Sections 11, 12, 13, 14, 15 and 16 of the Act within the policy framework of the government.

THE PUNJAB CIVIL SERVANTS (TRANSFERRED FROM FEDERAL GOVERNMENT) SERVICE RULES, 2015 —They shall come into force at once. The Government may, by notification, appoint a person to a post under section 22-C of the Act. The seniority inter-se amongst the persons shall be maintained in the functional unit as it existed at the time of their transfer to the Government. The functional unit of a person shall be called as federal functional unit and shall be a dying cadre. The Government shall, in accordance with the relevant rules, contribute towards the pension, final payment of General Provident Fund and such like payments or benefits of the person as per the prevailing rules of the Government. A person appointed under these rules shall be entitled to get pensionary benefits as admissible to his counterparts in the Government under section 18 of the Act.

FUNDAMENTALS OF PUBLIC FINANCIAL MANAGEMENT (A TRAINING HANDBOOK FOR OFFICIALS OF GOVERNMENT OF SINDH) — The purpose of this Handbook is to provide a comprehensive source for Public Finance Management (PFM) literature to PFM practitioners in Pakistan. The Handbook provides a simplified description of PFM processes, procedures, rules and regulations including practices followed, in specific context of Provincial Government of Sindh. The Handbook presents a brief overview of all aspects of the PFM processes prevailing in the Government of Sindh with specific focus on the laws, rules and procedures of Sindh Government. References for further readings are also provided, where required, at the end of each chapter to encourage the readers/users of the Handbook to seek detailed knowledge of the relevant topic from multiple sources.

THE BALOCHISTAN CIVIL SERVANTS’ DEPUTATION POLICY, 2012 — A civil servant is said to be on deputation when he is detached on special temporary duty for the performance of which there is no permanently or temporarily sanctioned appointment. The term “deputation” as defined by the Supreme Court of Pakistan vide PLD 1981 SC 531 means that a government servant begins to be regarded as a “deputationist” when he is appointed or transferred, through the process of selection, to a post in a department or service altogether different from the one to which he permanently belongs, he continues to be placed in this category so long as he holds the new post in an officiating or a temporary, capacity, but ceases to be regarded as such either on confirmation in the new post or on reversion to his substantive post.

THE PUNJAB TECHNICAL EDUCATION AND VOCATIONAL TRAINING AUTHORITY (AMENDMENT) ACT, 2016 — It shall come into force at once.

THE KHYBER PAKHTUNKHWA PUBLIC PROCUREMENT REGULATORY AUTHORITY (PPRA) ACT, 2012 — It extends to the whole of the Khyber Pakhtunkhwa. It shall come into force at once. Procurement Object means goods, works or services to be procured by a procuring entity through public procurement process. Procuring Entity means a Department or any Office of Government including a project unit; or any Board, Commission, Council or other bodies established by or under a provincial law; or semi-autonomous or autonomous bodies which are owned or controlled by Government. Public Procurement means acquisition, temporary or permanent or on lease, of goods or services, or undertaking of works by contractual means, financed wholly or partly out of Fund by any procuring entity.

THE BALOCHISTAN DELEGATION OF FINANCIAL POWERS AND RE- APPROPRIATION RULES, 2019 — They shall come into force at once and shall apply to all Administrative Departments, Attached Departments, Bodies, Authorities, Boards and Institutions of the Government of Balochistan established under an Act of the Assembly till such time such Authorities, Bodies etc. frame their own financial rules under the respective laws. Re-appropriation means transfer of savings from particular detailed object to meet additional expenditure anticipated under another detailed object within the same function and grant.